Tone It Up's Karena Dawn opens up about her mom's battle with mental illness (and her own struggle with depression) — both of which inspired her new non-profit, "The Big Silence."

Openness has always been a hallmark of what sets Tone It Up co-founder Karena Dawn apart from so many other leaders in the fitness industry. Is she going to tell you the best ways to switch up your cardio or get stronger abs? Absolutely. But she's also going to remind you of the importance of laughter and self-care along the way. (More: How to Navigate a Relationship When Your Partner Struggles With Mental Illness)

Recently, Dawn has been sharing in a way that's more vulnerable than ever before, speaking about her own mental health journey and struggles she kept secret for decades. Her latest venture, The Big Silence, is five years in the making, says Dawn. "Or, actually, 30 years in the making," she says since she's faced mental health issues (personally or in her family) for most of her life.

It started when she began writing a memoir (out April 26, 2022), which she chronicles how her late mother's diagnosis of paranoid schizophrenia (a mental disorder with symptoms that may include hallucinations, delusions, and disordered thinking) shaped her childhood. Over time, the idea to share her story evolved into a safe space for others to share theirs — but getting to that point of vulnerability wasn't easy. In fact, she admits it took a very long time.

The Struggle She Kept Secret for Decades

"In the beginning, [my dad, sister, and I] didn't know what was going on with my mom," says Dawn. "We just knew she started acting strangely in ways that affected the entire family. My mom was in and out of the house, between being a 'missing person' or in a mental institution."

Her mom was officially diagnosed with paranoid schizophrenia when the Tone It Up co-founder was 13, but the official diagnosis didn't end the tumultuousness at home, she explains. "I spent my entire teenage years depressed," says Dawn. Talking about mental health was even more stigmatized back then, so, as a child, she didn't share what was going on at home or how she was feeling with anyone, says Dawn. Instead, she says she tried to educate herself by reading a book about schizophrenia in the library — a big, unfamiliar word for her as a young teen. (

In her adulthood, Dawn says her own depression took her on a downward spiral and she turned to alcohol and drugs for temporary relief. "In my early 20s, after all this darkness, I told myself, 'enough is enough,'" she says. "I worked really, really hard to turn my life around."

This is when Dawn says she re-found fitness, getting into triathlons and surfing. She started meditating and going to therapy. "I read every self-help book out there and really took time for self-healing," she says.

The silence surrounding her mom's mental illness was so big in Dawn's life that even now she doesn't know who the first person she opened up to about it was. "I didn't talk about it even with my [then] boyfriend of seven years," she says. But she adds that she was open about it with her now-husband Bobby Gold when they began their relationship. (More: The Best Therapy and Mental Health Apps)

Dawn says movement was majorly therapeutic to her before she was ready to talk about her childhood out loud, including in therapy, and it continues to be a huge part of her mental health. "Movement became my therapy," she says. "There are so many benefits, including hormonally how it boosts serotonin. It just always feels good to move your body — even if you just do it for 10 minutes." With each workout she did, whether it was a triathlon or a 45-minute yoga flow, the challenge of being able to push through transformed her mindset, says Dawn. "It's this feeling of, 'I can do this. I can finish this race. I can get through this,'" she says.

Creating a Safe Space for Others

Then came The Big Silence, which Dawn created with the help of her sister Rachel Sahaidachny serving as executive director. The non-profit was designed with the purpose of raising awareness about mental illness as well as providing resources, including an extensive and targeted list of where to seek help. "It's a place where people can have hard conversations and heal together," says Dawn, emphasizing that it's a resource for anyone who has a mental health diagnosis or has a mental illness themself. For anyone in immediate crisis, The Big Silence offers a 24/7 text hotline connected to a crisis counselor. Anyone in need can simply text HERO to 741741 to be connected with someone right away.

One place these conversations will be happening is through The Big Silence podcast, which will feature in-depth talks with therapists, spiritual leaders, and public figures. As it becomes safe to do so, there are also plans for in-person events, including one in March at Dawn's own home.

Even now — after more than a decade of movement, meditation, and therapy — Dawn says she's still working through her childhood trauma. Writing her upcoming memoir took almost five years. Now, she's recording the audiobook version, reliving the pain once again. She says she got emotional during a recent recording of the podcast. "I recorded an episode with [my husband] Bobby about how to communicate mental illness to a partner who doesn't understand it and we cried again, together," she says. But ultimately, she says working on The Big Silence has brought her closer to her loved ones, creating deeper bonds.

The healing isn't done (is it ever?) but by speaking out about her own experience, Dawn is inviting others to the conversation to share theirs. She says she's done being silent; she's ready to get loud. 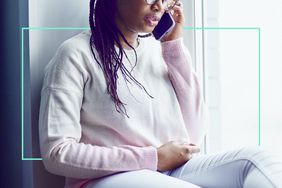 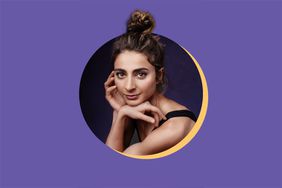 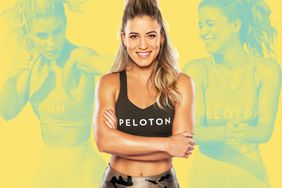