Postpartum depression is only part of the story.

After giving birth, on that first night with a new baby, no matter how much you prepped, your hormone levels have plummeted, you're likely running on no sleep, and everything is new.

New parenthood is, essentially, an emotional rollercoaster. Some 80 percent of women experience the "baby blues"—hormonally-mediated ups and downs, crying spells, and anxiety after birth, according to the American Academy of Pediatrics. One small study of 100 new moms found that every single mother had thoughts (read: worries) of unintentional harm coming to her baby.

Take it from a doctor: "Intrusive, unwanted thoughts are a normal part of new parenthood," says Pooja Lakshmin, M.D., a perinatal psychiatrist and clinical assistant professor at The George Washington University School of Medicine. (Note: Perinatal refers generally to the time period before and after giving birth.)

With about two weeks' time (and support and sleep), these uncomfortable, emotional symptoms should fade. When they don't? There's a broad range of perinatal mood and anxiety disorders (PMADs) that could be at play. The most well-known, perhaps, is postpartum depression (PPD). But in today's climate of isolation and stress, experts worry that PMADs in general—including the less-talked-about postpartum anxiety—are on the rise.

And PMADs don't just crop up after you have a baby. Many women experience PMADs during pregnancy, too. Here's how you might be able to tell if your perinatal or postpartum experiences are "baby blues" or if they broach into PMAD territory, plus conditions you should be aware of if you are (or someone you know is) pregnant.

Signs It Might Be a Perinatal Mood and Anxiety Disorder (PMAD)

As far as mental and emotional symptoms go, theybecome worrisome when they're happening frequently, lingering in duration (lasting more than a month or two), and getting in the way of your day-to-day life and your ability to care for yourself or your baby, explains Hilary Waller, L.P.C., director of programming and a psychotherapist at The Postpartum Stress Center in Rosemont, PA. (An example: Most moms worry about their baby breathing at night and check the baby once or twice. A mom with postpartum anxiety might have difficulty sleeping because she can't stop checking or thinking about it.)

Of course, there's no real threshold as to when you should be entitled to support—if you want help, you can seek help. "It matters less to me whether you fit the diagnostic criteria for postpartum anxiety than if you're not feeling well and your symptoms are interfering with your ability to enjoy your baby and sleep well at night," says Waller. (

Here's the Difference Between Having Anxiety and Having Anxious Feelings

But here are a few PMADs to keep an eye out for—and ways to find the treatment, support, and help you need no matter what.

Pregnancy marks the beginning of a massive life transformation and symptoms of PMADs can start during pregnancy. That's what differs perinatal depression and anxiety from postpartum depression and anxiety; perinatal means these feelings begin during pregnancy, whereas postpartum means these feelings develop after the baby is born.

One review of research in BMC Public Health found that about 17 percent of women in developed countries experienced depression during pregnancy. Symptoms of perinatal depression include feelings of anger or irritability, a lack of interest, crying or sadness, or feelings of guilt or shame. Symptoms of perinatal anxiety include constant worry, feelings that something bad is going to happen, racing thoughts, or disturbances in sleep and appetite. "If you're having these symptoms in pregnancy, then there's a much higher likelihood that you'll then experience postpartum depression or postpartum anxiety," says Dr. Lakshmin.

About one in seven women experience postpartum depression, according to the nonprofit Postpartum Support International. It's characterized by a loss of interest in the baby, crying spells or sadness, feelings of guilt, shame, and hopelessness, a loss of joy in things you used to enjoy, and even possible thoughts of harming yourself or the baby.

It's important to note that—as is the case with all PMADs—there are risk factors that can impact your chances of developing PMDD, including a family history of mental health conditions, a lack of support, stress, complications in pregnancy or postpartum, and more. Keep an eye on how much your symptoms are impacting your day and how long they've lasted. "If you're two months postpartum and you're still feeling that way, then it's not the baby blues anymore," says Dr. Lakshmin.

Of course, often, PMADs are tangled up in one another. For example, some research published in The Journal of Clinical Psychiatry finds that 57 percent of women with postpartum depression also reported obsessional thoughts. That's why it's important to see a professional who is trained in PMADs (more on that later) if you think you're experiencing one.

Postpartum psychosis is a rare but severe postpartum event that happens in about 1 to 2 of every 1,000 women who give birth, according to The Center for Women's Mental Health at Massachusetts General Hospital. Symptoms often resemble a manic or mixed episode of bipolar disorder (shifting moods, disorientation, erratic behavior). Delusional beliefs (often surrounding the baby) are also common. If you have pre-existing bipolar disorder, you're at a higher risk for postpartum psychosis, says Dr. Lakshmin, and thus should be under the care of a perinatal psychiatrist. With postpartum psychosis, there's a risk of both infanticide (causing the death of an infant) and suicide, so it's imperative to seek medical attention if you think you're experiencing this or are at risk.

How to Feel Better

PMADs are very common and very treatable. Experts suggest the below four measures when it comes to feeling better. Seek immediate medical attention if you have thoughts of suicide: The National Suicide Prevention Lifeline is 1-800-273-8255. 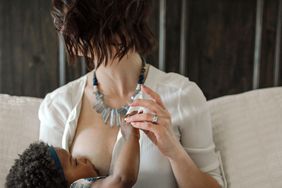 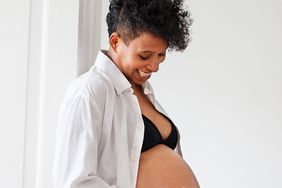 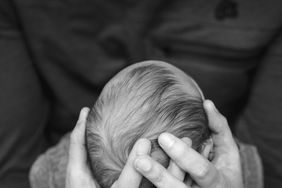 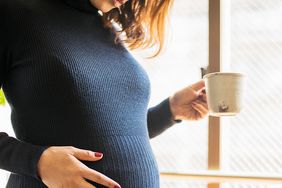 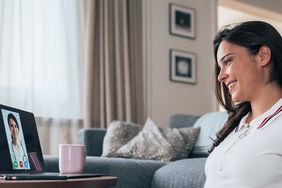 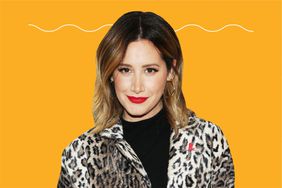 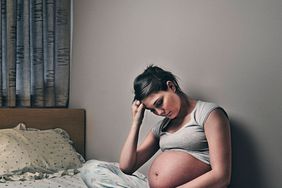 The Truth About Postpartum Depression 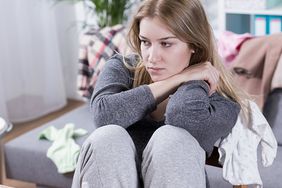 Why Some Women May Be More Biologically Susceptible to Postpartum Depression 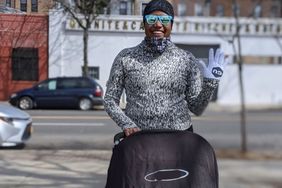 Alison Désir On the Expectations of Pregnancy and New Motherhood Vs. Reality 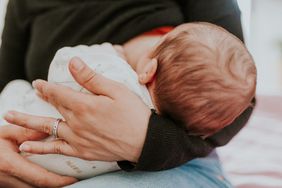 Everything New Moms Need to Know About Mastitis