Pull out your composition books, because it's time for a grammar lesson. On today's docket: Pronouns.

Yep, with phrases such as "pronouns," "personal pronouns," and "preferred gendered pronouns" getting more media attention over the last few years, you may feel a little lost as to which pronouns to use and when. Enter: This definitive personal pronoun guide, where gender and sexuality pros take everyone to school. (Next up: LGBTQ+ Glossary of Gender and Sexuality Definitions Allies Should Know)

In the English language, personal pronouns — such as he, she, they, and xe, to name a few — are short words that stand in for a person or group of people. (No, "xe" isn't a typo; it's a neopronoun, which will be explained in depth below.)

Typically, you use personal pronouns without much forethought. A waiter, for instance, might say, "Oh, they left their umbrella." And Dolly Parton (or Lil Nas X!) might sing, "Please don't take him just because you can." Pretty straightforward so far, yes?

Here's where things require a little more nuance: Many personal pronouns are gendered. Meaning, usually the personal pronoun you use for someone — and that someone uses for themselves — correlates with their gender. When referring to a woman, for example, you'll usually use she/her pronouns, and while referring to a man, you'll often use he/him.

This means that in order to use the correct gendered pronoun for someone, you need to know their gender. Sure, you usually know this info about close friends and family, because they've likely told you or made it clear. But there's a good chance you don't know (for certain) the gender of strangers, acquaintances, and new friends.

Unfortunately, people often rely on external markers such as voice, hair length, body hair, and clothes to guess someone's gender, and therefore make assumptions about their pronouns. The problem: "You can't tell someone's gender based on what they're wearing or how they look," says Jesse Kahn, L.C.S.W., C.S.T., director and sex therapist at the Gender & Sexuality Therapy Center in NYC. "The only way to know someone's gender is for them to tell you," they add. And that's where pronouns sharing and asking comes in.

Not all pronouns are inherently gendered, however. The most commonly used gender-neutral pronoun is the singular pronoun they/them. This is the option most people tend to pick when they don't know someone's gender. For example: "The person who was sitting here left their computer charger."

The singular "they" is also used by some gender non-conforming folks who do not identify with and/or feel affirmed by he/him or she/her. Celebrities such as Indya Moore, Jonathan Van Ness, Sam Smith, and Nico Tortorella (and their partner, for that matter) all use they/them pronouns.

Other gender revolutionaries use she/her or he/him, while some use neopronouns, says Rae McDaniel, a licensed clinical counselor and gender and sex therapist based in Chicago. "Neopronouns are pronouns that have been used in more recent years as an alternative to the gender-neutral 'they' pronoun," says McDaniel.

"Neopronouns have no inherent link to gender," and are thus gender-neutral, says Kahn. "Therefore, they have the added bonus of disrupting the culture of making assumptions in connection to pronouns," they explain. (Similar to the way that adding the letter "x" to words such as "Latinx" is partially intended to disrupt society's norms.)

Examples of neopronouns include:

FYI, the Only Way to Know Someone's Pronouns Is to Ask

"You can't know by looking at someone which pronouns they use. Anyone can use any pronouns," notes Kahn. And that means anyone, not just the people who you think "look" non-binary (and on that note, there's not one way to look non-binary).

That's why it's a good practice to introduce yourself with your name and pronouns, regardless of context, explains Kahn. "This helps normalize the sharing of pronouns, and reminds everyone not to make assumptions," they say.

Sometimes you won't have the opportunity to ask someone their pronouns before referring to them. Here, a good move is to use the gender-neutral pronoun they/them. Or, to use their name in place of a pronoun. For instance, rather than assuming that Sam uses she/her pronouns, you might say either, "Sam left their computer charger," or, "Sam left a computer charger."

Why You Should Avoid the Term 'Preferred Pronouns'

When you ask someone their pronouns, the language you use is important. You might say: "I use she/her pronouns. What pronouns do you use?" or, "My pronouns are she/they, do you feel comfortable telling me your pronouns?"

One thing you do not want to do is ask for their "preferred pronouns." Why? "The word 'preferred' insinuates that someone's pronouns are simply a preference and that it's negotiable whether or not other people use them," says McDaniel. But there is no negotiation for pronouns. "Pronouns are an integral part of how someone identifies and need to be respected," they say.

If you think you've previously been asked your "preferred pronouns," you're not imagining it. When pronoun sharing first entered the zeitgeist in the early aughts, the adjective "preferred" was often tacked on. But language evolves, folks!

FTR, "there are a lot of reasons someone might use multiple sets of pronouns," says Kahn. "Sometimes someone uses different pronouns depending on the environment and the people they're surrounded by, for safety or comfort," they say. For example, someone might use the neopronouns xe/xem when around people who understand neopronouns, but she/her with people who don't. Or, they/them with their friends, and he/him with their family members.

How to Explore Your Own Personal Pronouns

Here are some tips you might use to figure out which personal pronouns feel best for you.

1. Ask yourself some questions about pronouns and your feelings.

"Figuring out and exploring what your pronouns are can be a process," says Kahn. And a process that requires some serious self-reflection at that.

2. Practice using different pronouns to refer to yourself.

If you don't feel comfortable playing with different pronouns publicly, you can explore in private with you and your mirror, your shower thoughts, or your late-night noodling, says Kahn.

"Practice referring to yourself by the new pronouns and assess how your body feels when you use them," suggests McDaniel. "Does it feel light in your chest? Do you get a little flutter in your stomach when you use these pronouns in your head?" they say.

Another activity you might try is writing a story about yourself in the third person. Then, go through and edit all the pronouns to another set before reading it back. Then, another! See which set makes your heart giggle, your gut smile, and your face flush. Likely, that set is the one that most resonates.

3. Explore publicly — if you want.

You don't need to wait until you're 100 percent sure about a particular set of personal pronouns to share them publicly. Your pronoun exploration can happen publicly if you want. For instance, by posting different pronouns in your Instagram bio and email signature, or continuously updating co-workers and friends about what your current pronouns are if it feels safe and affirming to do so.

4. Don't be afraid to try on different pronouns.

McDaniel recommends what they've coined the "Spaghetti Wall Method of Pronoun Discovery." "When you're cooking spaghetti, you can throw a piece against the wall to see if it's ready to eat. If it sticks, great, dinner is ready! If it doesn't, it's not a failure. You just cook it a little longer," they explain. Discovering what pronouns feel good for you can be a similar process, notes McDaniel.

"When a set of pronouns is new, it might feel awkward or strange at first — that's a normal part of the process," says McDaniel. "Give the pronouns a chance to marinate for you," they suggest. 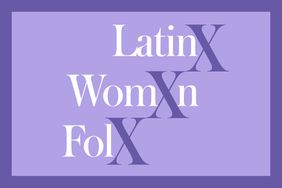 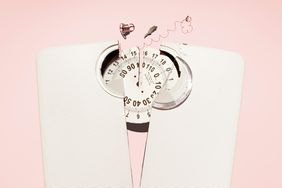 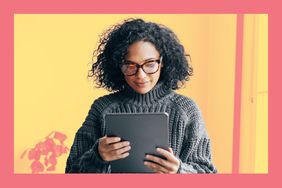