Meet Rachel Buehler Van Hollebeke, the Olympian Who's Now a Doctor On the COVID-19 Frontlines

"Both [careers] involve hard work and dedication. You're part of a bigger team, with intense, common goals."

It's been five years since former U.S. Women's National Soccer Team (USWNT) player Rachel Buehler Van Hollebeke hung up her cleats. She ended her soccer career as a two-time Olympic gold medalist and World Cup silver medalist, earning the nickname "The Buehldozer" for her intimidating physical play. Since retiring, though, Van Hollebeke has continued making waves. Following her impressive accomplishments on the soccer field, the 35-year-old athlete is now working on the frontlines of the coronavirus (COVID-19) pandemic as a doctor in residence, according to the Los Angeles Times.

Before starting her professional career as an athlete, Van Hollebeke played soccer and studied human biology and pre-medicine at Stanford University, according to a press release by UC San Diego Health, where she later graduated from medical school. Van Hollebeke was prepping for a med-school admission test when the USWNT invited her to play in the 2008 Summer Olympics in Beijing. After wrestling with the decision, she decided to pursue her dreams of playing professional soccer.

Still, Van Hollebeke said medicine was always at the forefront of her mind. "I grew up with medicine," she shared in UC San Diego's press release. "My father retired after 40 years as a cardiothoracic surgeon. My grandfather and great-grandfather were general practitioners. I always knew that one day I would pursue medicine."

After joining the USWNT, Van Hollebeke continued studying for the MCAT between matches and road trips; she even shadowed team doctors to help her stay sharp, according to the press release. She said she wanted to make sure she was ready for med school when the day came — and she was. "My last game was in Portland with the Thorns Football Club, then I flew to San Diego where I literally attended medical school orientation the next morning," she shared. (

Today, Van Hollebeke works at the Scripps Mercy Hospital and the San Ysidro Health Centers in Chula Vista, California. Located just a few miles from the Mexican border, the medical facilities predominantly cater to working-class Latinx communities, the LA Times reports. Recently, the area has become "a hot spot in the COVID-19 pandemic," according to the publication. Van Hollebeke told the outlet that she's seen the effects firsthand.

"They talk about COVID affecting more underserved communities and Latino communities. It's very, very real down here," Van Hollebeke shared. "We saw it in the first wave and we've been seeing it the whole time." (

How to Cope with COVID1-9 Stress As an Essential Worker

But when it comes to working in the high-pressure setting of a hospital, Van Hollebeke said that she feels prepared — and she thanks her soccer career for that confidence. "There are similarities," she said in UC San Diego's press release. "Both involve hard work and dedication. You're part of a bigger team, with intense, common goals."

Still, there are moments when worry is inevitable, she shared. "COVID's everywhere and it affects everybody," Van Hollebeke told the LA Times. "It's crazy. It's not like anything you typically see. It is a scary disease. I don't want to be a fear[ful] person. But it can be so dangerous in certain ways."

It's no secret that frontline workers, especially nurses and doctors, are risking their lives by coming face-to-face with the virus daily. An analysis by Massachusetts General Hospital suggests that frontline health-care workers in the U.S. and the UK may have a nearly 12 times (!) higher risk of testing positive for COVID-19 compared with individuals in the general community. Not only that but based on the latest count by the Centers for Disease Control and Prevention (CDC), more than 244,000 U.S. health-care workers have now contracted the virus, and 858 have died from it. (

As the pandemic continues, those numbers will likely grow. But health-care workers like Van Hollebeke will persist in putting their lives on the line for the greater good. "There's something special about directly helping people every single day," the athlete told the LA Times. "When I'm taking care of patients you think, 'Oh my gosh, if that was my dad' or 'If I was his daughter,' whatever. I've seen people die. That's very sad."

While Van Hollebeke is focused on her medical career now more than ever, she hasn't left soccer behind. In July, she helped launch Angel City, a Los Angeles-based women's soccer league, with the help of several former USWNT players including National Soccer Hall of Famer Abby Wambach.

"It's fun to honor that again and get involved and be part of something that's really cool and pushing the women's sport forward," said Van Hollebeke. "Both careers are incredibly fulfilling." 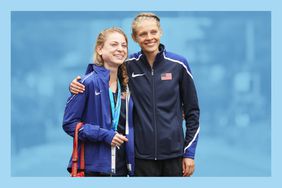 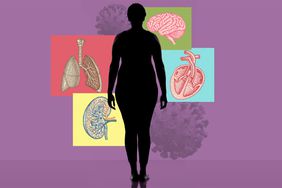 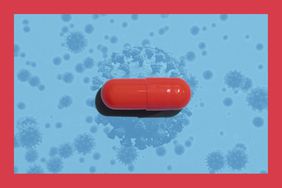 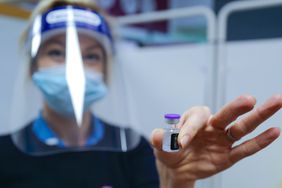 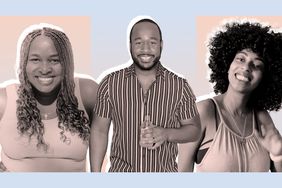