It's not always easy to recognize when your alcohol use qualifies as a drinking problem — but these signs can help.

One night in December, Michael F. noticed that his drinking had increased significantly. "At the beginning of the pandemic it was almost kind of fun," he tells Shape. "It felt like a camp out." But over time, Michael (who asked that his name be changed to protect his anonymity) started drinking more beers, earlier and earlier in the day.

Michael is far from alone. A reported one in eight Americans struggle with an alcohol use disorder, according to a study published in JAMA Psychiatry. And studies have shown a significant increase in drinking and substance abuse throughout the COVID-19 pandemic. Retail and consumer data platform Nielsen reported a 54 percent increase in national sales of alcohol in the last week of March 2020, and a 262 percent increase in online alcohol sales compared to 2019. In April 2020, the World Health Organization warned that an increase in alcohol consumption could exacerbate health risks, including "a range of communicable and noncommunicable diseases and mental health disorders, which can make a person more vulnerable to COVID-19."

Mental health experts who specialize in alcohol and substance abuse say there are a variety of factors that can cause someone to start drinking more. And the COVID-19 pandemic, unfortunately, has provided many of them.

"People's life patterns are disrupted. People are getting worse sleep. They're getting more anxious, and there's certainly a self-medication component to this with alcohol," says Sean X. Luo, M.D., Ph.D., an addiction psychiatrist in New York. "People are drinking more in order to feel better, to sleep better, and so forth. And because other conditions that might promote healthier lives — entertainment, social activity — are absent, people are using alcohol to achieve immediate gratification."

If you're among those who have started drinking more during the pandemic, you might be wondering if it's reached the point of a drinking problem. Here's what you should know.

What Constitutes a Drinking Problem?

"Alcoholism" isn't an official medical diagnosis, but "alcohol use disorder" is, says Dr. Luo. ("Alcoholism" is a colloquial term for the condition, along with "alcohol abuse," and "alcohol dependence.") "Alcohol addiction" is used to describe the severe end of alcohol use disorder, when a person can't control the impulse to use alcohol, even in the face of negative consequences.

"Alcohol use disorder is defined as alcohol use that impairs people's functioning in many different domains," says Dr. Luo. "It's not strictly defined by how much you drink or how frequently you drink. However, generally beyond a certain point a certain amount of alcohol will likely define a problem." In other words, someone could be considered a "light" drinker but still have alcohol use disorder, while someone who might drink more frequently but whose functions are not impacted would not.

So instead of focusing on the amount that you drink, it's best to consider a variety of habits to determine whether or not your alcohol consumption has become problematic, says Dr. Luo. "If you open up the Diagnostic and Statistical Manual of Mental Disorders, [alcohol use disorder is defined by] withdrawal and tolerance, which is increasing the amount of alcohol that you use," he says."But also, it's primarily defined by things like increased time that you're spending using, obtaining, or recovering from use."

When drinking starts to interfere with your social functioning or job, or you start doing hazardous things at the same time such as drinking and driving, that's a sign it's problem, he says. Some additional examples of signs of alcohol use disorder include wanting a drink so badly you can't think about anything else, continuing to drink even though it's impacting your personal relationship with loved ones, or experiencing withdrawal symptoms such as insomnia, restlessness, nausea, sweating, a racing heart, or anxiety when you don't drink, according to the National Institute on Alcohol Abuse and Alcoholism.

Dr. Luo notes that if you have "psychiatric and medical conditions" that may be exacerbated by your drinking habits (such as diabetes) "or if drinking is causing significant depression and anxiety and yet you still continue to drink, these are evidence that alcohol is becoming a problem."

What to Do If You Think You Have a Drinking Problem

Contrary to commonly held assumptions about alcohol use, most people can decrease their drinking or stop entirely on their own, says Mark Edison, M.D., Ph.D., a clinical psychologist and alcohol specialist."One in 12 adults, at any time, are over-drinking in this country," says Dr. Edison. "A year later, a lot of them don't have trouble with alcohol anymore."

One 2005 studyon people with alcohol dependence found that only 25 percent of participants were still classified as dependent on alcohol one year later, even though only 25 percent of participants received treatment. A 2013 follow-up study similarly found that the majority of those who recovered from alcohol dependence didn't "access any form of treatment or 12-step participation." It found associations between making a recovery and factors such as being part of a religious group and having recently gotten married for the first time or retired.

"There are a lot of myths [about alcohol use]," says Dr. Edison. "One myth is that you have to reach 'rock bottom' before you can change. That is not supported by research." Another myth is that you need to go completely sober to control your alcohol consumption. In fact, because of the possibility of withdrawal symptoms, tapering off alcohol use is often preferable to quitting "cold turkey."

If you do feel your drinking has become a problem, there are a number of things you can do right now to help you decrease your alcohol intake in a safe and healthy way. Dr. Edison suggests people visit the NIAAA's website, which offers a slew of information on everything from how to determine whether or not your drinking is problematic to interactive worksheets and calculators to help you alter your drinking habits.

SmartRecovery.org, a free, peer support group for people who either want to cut down on their drinking or quit entirely, is another useful resource for those looking to make a change, says Dr. Edison.

"You might not like being in a [peer support] group at first, and you should try at least three groups before you decide whether to keep going," says Dr. Edison. (This will give you the chance to find a style of meetings that feels best for you.) "But you will get encouragement from group members. You will get solutions by listening to other people try to help themselves. You will hear stories like yours. Now, you'll also hear some very upsetting stories, but you will be reminded that you're not alone."

Joining a peer support group may make you feel more supported in your efforts to recover from alcohol use disorder, and reduce cravings for alcohol, guilt, or shame, according to an article in Substance Abuse and Rehabilitation. The article notes that in many cases, peer support doesn't replace treatment with a mental health professional, since facilitators don't have adequate training to "manage psychiatric conditions or high-risk situations." You should meet with a mental health professional who may also recommend joining a peer support group. (

How to Find the Best Therapist for You

Many mental health professionals specializing in addiction are offering counseling sessions via Zoom, and some have been able to safely open up their offices to offer in-person counseling, says Dr. Luo. "On top of that, there are more intensive treatments where [patients] can be separated from their immediate surroundings or if they really need to detoxify from alcohol and it's not safe to do it outpatient," (in the case of people who have been drinking large amounts of alcohol and begin to experience severe withdrawal symptoms such as hallucinations or convulsions), explains Dr. Luo. "So you can go and seek treatment inpatient in these facilitates, that are also open despite the pandemic." If you think you have alcohol use disorder, the NIAAA recommends getting evaluated by a therapist or doctor to determine which treatment path is right for you.

If you take stock of your alcohol intake over the course of the ongoing COVID-19 pandemic and suspect you have a problem, it's always beneficial to seek the counsel of a substance abuse professional and to speak to trusted family members, friends, and/or loved ones for additional support. 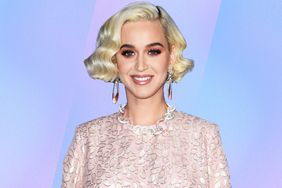 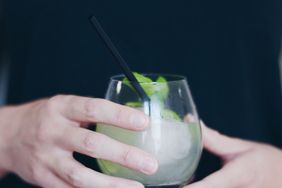 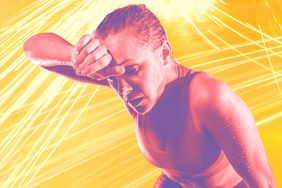 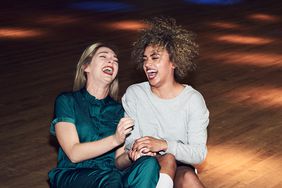 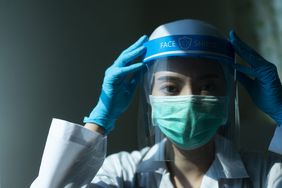