"Access to birth control is crucial for the health and economic security of millions of people."

Allie Strickler (she/her) is a health and technology content writer and editor based on Brooklyn, New York. Allie was formerly Shape's news editor writing, assigning, and publishing multiple stories a day for the brand on various topics including celebrity news, health conditions, women's health policy, beauty trends, and more. She received a B.A. in English and psychology with a minor in journalism from the University of Delaware.

Thanks to the Affordable Care Act (ACA)'s birth control mandate, hundreds of thousands of people have been able to access safe, effective, and affordable means of contraception.

But the mandate has faced years of contentious litigation and political controversy since going into effect in 2013. (Refresher: Back in 2017, the Senate and House of Representatives both voted against no-copay birth control.)

In the latest legal ruling, the Supreme Court upheld a regulation from the Trump administration that allows employers to opt-out of providing birth control coverage in healthcare plans on the basis of moral or religious objections to contraception. The 7-2 decision effectively means that people who use contraception may now have to pay hundreds of dollars per year in out-of-pocket healthcare costs alone—costs that, for years, have been all but eliminated thanks to the ACA's birth control mandate.

In her dissent (an argument against the majority in a legal case), Justice Ruth Bader Ginsburg (joined by Justice Sonia Sotomayor) wrote that the SCOTUS decision essentially "leaves women workers to fend for themselves" in seeking contraceptive healthcare coverage. Specifically, "between 70,500 and 126,400 women would immediately lose access to no-cost contraceptive services" as a result of this ruling, wrote Ginsburg. A number of religiously affiliated universities, as well as private companies such as arts-and-crafts retailer Hobby Lobby and cabinet manufacturer Conestoga Wood Specialties, already have a history of objecting to health insurance plans that include birth control coverage. This SCOTUS decision may only further embolden such institutions to deny employees' access to contraception.

Among those who are potentially most vulnerable to the effects of the SCOTUS ruling are BIPOC individuals who use birth control, says Andrea Miller, president of the National Institute for Reproductive Health (NIRH) and its Action Fund (the political arm of the organization). "Access to birth control is crucial for the health and economic security of millions of people, and the burdens of additional out-of-pocket costs will fall hardest on Black people, other communities of color, and low-income individuals," she explains, noting that the SCOTUS ruling "gave employers a license to discriminate" against these individuals.

Race and ethnicity can play a significant role in determining whether someone has health insurance, sees a primary care provider, can afford healthcare costs and uses preventive services

BIPOC communities already face some of the biggest barriers to effective, affordable contraceptive healthcare. "Race and ethnicity can play a significant role in determining whether someone has health insurance, sees a primary care provider, can afford healthcare costs, and uses preventive services," says Varsha Rao, CEO of Nurx, an app that allows easy access health services such as birth control, PrEP for HIV prevention, and STI home test kits. "We also recognize the unfortunate truth that unconscious bias in the healthcare system plays a role in these disparities, which can include prejudice and stereotyping from medical providers." (

However, research suggests that disparities in contraception access may be attributed to discrimination not just in healthcare clinics and doctors' offices, but in multiple areas of everyday life. In a study of 2,500 women aged 14-45, researchers found that women who reported experiencing any form of discrimination (based on race, socio-economic status, or gender, in the context of work, medical care, housing, or even in general public interactions) were more likely to report using less effective birth control methods (think: the withdrawal method, natural family planning, etc.) compared to those who didn't report experiencing discrimination. Moreover, women reporting race-based discrimination, specifically, were "slightly less likely" to choose a long-acting reversible birth control method (IUDs, injections, implants) compared to those who didn't report race-based discrimination.

Interestingly, the same study found that discrimination appeared to play a less significant role in participants' contraception choice after they were enrolled in the Contraceptive CHOICE Project, an initiative that aims to eliminate financial and structural barriers to contraception and educate people about different birth control methods. The study's results showed that post-enrollment, participants were "overwhelmingly" more likely to choose the most effective, long-acting methods of contraception (IUDs, injections, implants), regardless of reported discrimination experiences, the researchers wrote.

But financial barriers still represent a huge obstacle for BIPOC folks who use contraception, particularly long-term methods such as an IUD, patch, or vaginal ring. "[Long-acting reversible contraception] is more effective but often costs thousands of dollars without insurance," says Rao. Case in point: Without insurance, an IUD can range between $500 and $1,300; the pill can cost between $20 and $50 per individual pack (which comes to $240-$600 per year, not including the potentially-required doctor appointments to refill your prescription, which could cost anywhere from $35 to $250 per visit); and the patch can cost as much as $150 per monthly pack (or $1,800 per year, which, again, doesn't even factor in possible doctors' visit costs).

Considering one in three Latina women and four in 10 Black women of reproductive age say they can't afford to pay more than $10 out-of-pocket for contraception, the recent SCOTUS ruling could mean these already-difficult-to-access methods will become even more out-of-reach for BIPOC folks who use birth control, explains Rao.

Women should be able to decide in partnership with a provider which form of birth control is best for them and their health, rather than which form of contraception they can afford.

"I am also concerned this ruling will impact those who need affordable access to contraception the most at a time when COVID-19 has magnified existing barriers to women's healthcare while simultaneously introducing new roadblocks," adds Rao. So far amid the pandemic, barriers to contraceptive care (including generally overwhelmed healthcare systems, medication shortages, and increased economic stress, among other factors) appear to be more common among Black and Hispanic women than among white women, not to mention more common among queer women than among straight women, according to research from the Guttmacher Institute. (

"These same groups are also more likely to express concern about how they will pay for reproductive services," says Rao. "Women should be able to decide in partnership with a provider which form of birth control is best for them and their health, rather than which form of contraception they can afford."

Plus, eliminating access to affordable birth control means more people (and, statistically speaking, more Black people than white people) are at risk for unintended pregnancy—something that, in itself, can come with so many more expensive, life-altering factors.

But let's not forget that people use birth control for far more than just family-planning or reproductive reasons, notes Rao. Painful periods, endometriosis, polycystic ovary syndrome (PCOS), and other health conditions can often be effectively managed with birth control, she says. "We shouldn't be asking women, especially in the middle of an economic recession and public health pandemic, to choose between essential health services or paying their bills."

Bottom line: The SCOTUS ruling stands to not only affect anyone who uses or benefits from birth control, but it also shines a painfully bright spotlight on existing racial disparities in contraceptive healthcare—and, really, systemic racism at large.

If you're at risk of losing birth control coverage as a result of the SCOTUS ruling, Rao recommends researching affordable ways to access out-of-pocket contraception. Nurx not only offers birth control brands starting at $15 per month without insurance but it also recently partnered with the nonprofit Power to Decide and its contraceptive access fund, BCBenefits, which helps low-income folks fully cover the cost of contraception. (You can learn more about the program and see if you qualify here.)

Jessica Nouhavandi, Pharm.D., co-founder of HIPAA-accredited online pharmacy Honeybee Health, also urges those at risk of losing contraceptive care coverage not to lose hope, despite how "gravely disappointing" the SCOTUS ruling is. "More than ever, there are countless ways for women to access birth control with or without insurance," she says. "Between organizations like Planned Parenthood, online pharmacies like Honeybee Health that ship nationwide [for as little as $7 per month], and pharmacists in nearly a dozen states who can prescribe oral contraceptive pills, women can continue to get the coverage they need." (Here's how to find the best birth control for you.)

"Depending on the situation, we would also encourage those at risk of losing coverage to speak up with their employer and share why affordable access to birth control is important for their health, career, and daily life," says Rao.

But trust, the fight is not over. In the coming weeks and months, appeals may be made to lower courts in different states to challenge the SCOTUS ruling (more on that process here).

In the meantime, even if you're not personally at risk of losing access to birth control, remember that you still have a voice in this fight as well. "We think it's important for people who may not be at risk of losing coverage to speak up about their fears and frustrations with the Supreme Court ruling," says Rao. "This can include sharing resources on social media, calling local representatives, and most importantly, registering to vote to make sure you can cast future ballots in support of leaders and initiatives that expand access to reproductive health." 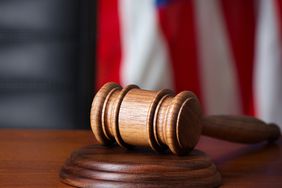 SCOTUS Refuses to Rule On a Birth Control Case 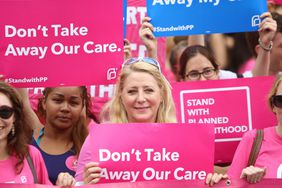 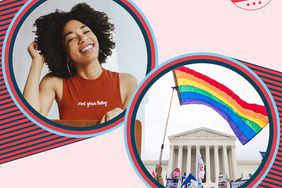 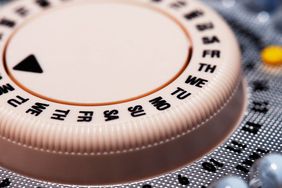 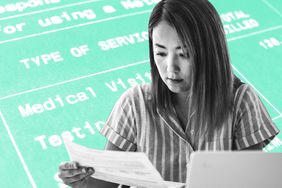 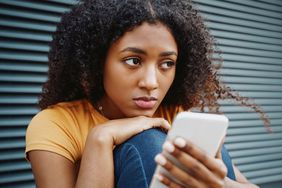