WTH Is Really Going On During Mercury Retrograde?

Odds are, you've seen someone drop their iPhone or arrive late to an event then blame it on Mercury Retrograde. Once a relatively niche part of astrology, Mercury Retrograde has fully entered the zeitgeist-even Reese Witherspoon was seen recently sporting a tee that read "Mercury Is in Retrograde" (albeit incorrectly, since it kicks off today, April 28). But do you even know what Mercury Retrograde is? Is it real? And if it's not real, why are we all constantly blaming our misfortunes on a three-week astrological period?

The AstroTwins, celebrity astrologers based in New York, explain it best. "Three or four times a year, Mercury passes the earth in its orbit. As it rounds the bend, Mercury slows down and appears to stop-or station itself-and spin backward, which is retrograde," the Twins say. "Of course, it really isn't moving backward, but much like when two trains or cars pass each other, this creates the optical illusion that one-Mercury, in this case-is going backward."

They note that since Mercury is the planet that rules communication, travel, and technology, all of these areas reportedly "go haywire" for about three weeks. Specifically, the AstroTwins warn that during Mercury retrograde, you should "back up your computer, calendar, and cell phone address book; expect delays if traveling, and pack a book to entertain yourself while you wait for the tardy bus or plane; and think before you ink, since Mercury controls contracts. Either wrap up important negotiations before the cycle starts, or wait to sign documents until Mercury goes direct."

OK, but remember, astrology is a pseudo-science-in fact, pretty much any academic will dismiss the mere existence of astrology. (Is There Any Truth to Astrology?) But if it is pseudo-science at best (and total BS at worst), why does it seem like everyone has a preponderance of bad luck during these few weeks?

"Astrology is appealing because it seems enlightening, both about one's own personality and relationships to other people," says Joseph Baker, an assistant professor of sociology and anthropology at East Tennessee State University. "It also puts your individual story and experiences into a larger cosmic scheme of meaning and order, something that religious and supernatural belief systems more generally do."

And with specific regard to Mercury Retrograde-a period that's generally thought to cause major disruptions-it seems the entire zeitgeist has been unconsciously impacted as astrology has become increasingly mainstream. But are we right to automatically blame the stars for anything bad that happens in the next three weeks? "It could be something of a self-fulfilling prophecy effect, [but] more likely is that people who have Mercury Retrograde on their minds apply it when bad things do happen-as they inevitably will," says Terri Cole, a psychotherapist in New York. This can also work retrospectively as people try to make sense of something bad that happened in order to make what psychologists would call 'attributions' to explain negative events," Baker says. "In a dysfunctional situation, people can use [Mercury Retrograde] to not take responsibility for themselves," adds Cole. (

So while we're clearly using Mercury Retrograde as a scapegoat for our problems, there is no evidence to suggest that more "bad things" happen during this celestial phase; it's likely the self-fulfilling prophecy Baker notes above. Keep in mind, though, Baker is careful to not shrug off astrology entirely; same goes for Cole. "As sociologists, we generally do not set out to say astrology is wrong, just as we wouldn't try to say someone's strongly held religious (or secular) beliefs are wrong. We try to focus on the patterns, function, and impact of beliefs of people's lives," says Baker.

The science is murky, but the human belief is there. And rather than making it a negative three weeks filled with crappiness, the AstroTwins say Mercury Retrograde can be beneficial. Specifically, this Mercury Retrograde is in Taurus, which they say is "an important time to rethink budgets, schedules, work, and how we spend our time. These periods are 'flags' from the cosmos reminding us to redirect our attention, simplify, and get our lives in order." And really, who couldn't benefit from a bit of simplicity in this day and age?

FYI: Mercury Retrograde in Taurus starts today, April 28 until May 22nd. Buckle your seatbelts, ladies. (And if you'd rather take this all with a grain of salt, check out Which Wine You Should Drink, Based on Your Zodiac Sign instead. Cheers!) 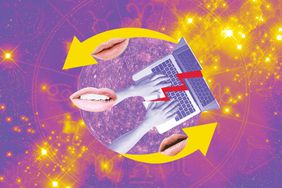 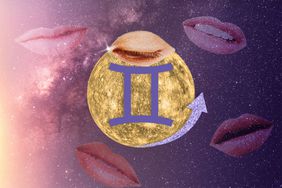 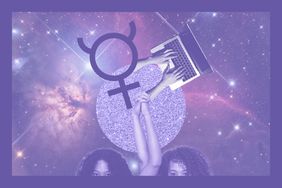 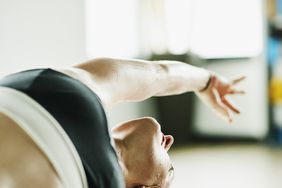 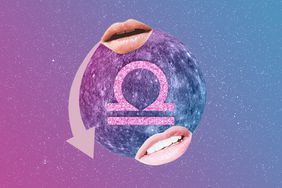 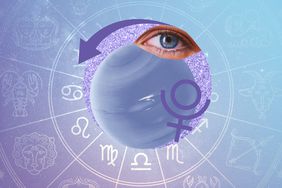 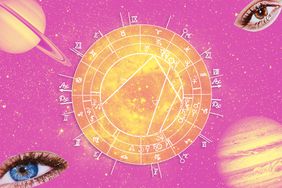 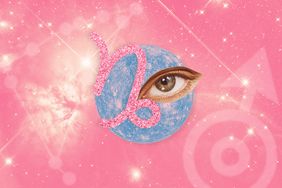