Is Your Sleep Schedule Hurting Your Heart Health?

Sleeping in on weekends (and waking up early on weekdays) could mess with your circadian rhythm, upping your risk of diabetes, obesity, and heart disease

"Party all night, sleep all day" has never been seen as a great strategy for healthy living. But the rock star lifestyle may be better for you than watching Netflix all weekend and getting up early for work on Monday.

It's not staying up late or waking up early that's hurting people, but rather not having a consistent sleep schedule, according to a new study in The Endocrine Society. And when they say "hurt" they really mean "might be killing you"-the researchers found that snoozing erratically due to social jet lag raises your risk of heart disease, diabetes, and obesity.

"Social jetlag refers to the mismatch between an individual's biological circadian rhythm and their socially imposed sleep schedules. Other researchers have found that social jetlag [especially in shift workers] relates to obesity and some indicators of cardiovascular function," said lead author Patricia M. Wong, of the University of Pittsburgh. She added that this study is the first to show that even a small amount of social jet lag can have big effects on health, contributing to metabolic problems. Even just one unusually early morning threw off the participants' biomarkers!

In the study, those with the greatest variation in their sleep schedules also had worse cholesterol readings, higher blood sugar levels, a larger waist circumference, and a higher body-mass index than those who had less social jetlag. (Nap time now?)

So what does this mean for you? Setting up a regular sleep schedule-and sticking to it, even on weekends and holidays-may be your best bet. (Try these 7 Yoga Stretches to Help You Fall Asleep Fast.) In addition, reconsider burning the midnight oil.

And if you simply can't stick to a schedule, then it becomes even more important to exercise regularly and eat a healthy diet.

Looks like Benjamin Franklin and your mom were on to something: "Early to bed, early to rise, makes a (wo)man healthy, wealthy, and wise." 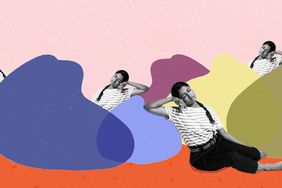 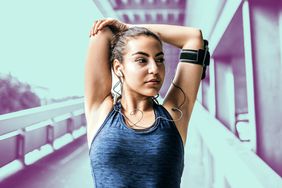