The The Flight Attendant actress shared her experience with anorexia in a candid essay.

Actress Zosia Mamet revealed that she began suffering with anorexia when she was just eight years old in an excerpt featured in Bustle from My Moment, a collection of essays. Now 34, the The Flight Attendant star explained that even though she's in recovery, she knows she might struggle for the rest of her life. "The reality with addiction is that you're always recovering," she wrote. (

Mamet has "fought this battle slowly," and her anorexia "got worse before it got better," she wrote. When she was 15, she rationed one apple per day and even stopped drinking water to prevent a rising number on the scale, Mamet explained in the essay. For years, she tried to whittle her weight down to double-digits, but when she did, she continued to starve herself and over-exercise. Her "tipping point" came at 17, when a doctor told her she would die if she continued down this path, she shared.

Mamet is far from alone in her experience. At least nine percent of the world's population has been affected by an eating disorder, according to the National Association of Anorexia Nervosa and Associated Disorders (ANAD). ICYDK, anorexia is a psychiatric disorder in which the sufferer is unable to maintain a healthy body weight due to a restriction of food and calories, notes the ANAD. Its exact cause is unknown, but it typically manifests due to a combination of biological, psychological, and environmental factors, such as genetic predisposition towards perfectionism, societal pressures and expectations toward thinness, and emotionally stressful circumstances or life changes, according to the Mayo Clinic.

Eight years old may sound young to begin suffering from an eating disorder, as Mamet described, but it's not entirely uncommon. "While official statistics on eating disorders in children show very small prevalence, most of my clients tell me things like they've 'always had an eating disorder,'" says psychotherapist Carla Korn, L.M.F.T. "They're typically recalling that the thoughts and feelings about their bodies being 'wrong' began at a very young age," she adds.

While Mamet didn't detail her exact recovery treatment in the excerpt, she provided some insights into how challenging it was. "It continues to get easier, but I keep fighting," wrote Mamet. "This entire 24-year battle has been me fighting for myself," she adds, noting that she's experienced "setbacks and relapses" along the way. "It wasn't a straight or easy path," she wrote. (

Thankfully, it seems the Girls alum is doing much better these days. "I'm no longer ruled by my disease," she wrote in the essay. "This doesn't mean I'm entirely free of it. But right now, I am winning. Not just winning, I am dominating."

When public figures, such as Mamet, share their stories in such a candid manner, it can help others who might be struggling too. "It's always empowering to hear recovery stories from others, especially when you're in the midst of a very difficult struggle of recovery from an eating disorder," says Korn. "When others share their experiences with mental illness, it also does the very important job of helping to lift the shame and the stigma for so many people."

Mamet is likely doing just that, and she's accomplishing things her younger self wouldn't have dreamed of, she wrote. "I am happy, I am strong, I am in a loving marriage. I eat intuitively. I don't use exercise as punishment," she wrote. "I don't starve myself or weigh myself, which are two things teenage me couldn't even imagine." 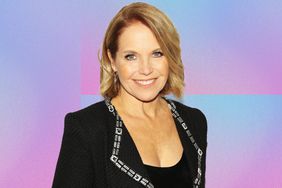