You probably don't give your uterine lining much thought, but every month it's there, doing it's thing. (Ahem: Your Menstrual Cycle Phases-Explained.) And the more it does that thing, i.e. your menstrual cycle, the more risk you have of contracting several types of female cancers, including endometrial cancer (more on that later). One way to reduce your risk is to stop the cycles by getting pregnant. But what if you're not ready to have a baby yet? You could potentially prevent pregnancy and lower your risk of that deadly cancer with the same thing: the birth control pill.

How hormones, both natural and synthetic, affect a woman's risk of cancer is a controversial subject. Previous research has linked the Pill to a greater risk for breast, cervical, and liver cancers but other studies have shown the Pill decreases the risk of uterine and cervical cancers. But according to a new study from the University of Oxford, ladies who took oral contraceptives slashed their risk of endometrial cancer by a quarter. The best part? The protection lasted up to 30 years after the women quit taking the pill. (See The Most Common Birth Control Side Effects.)

"The strong protective effect of oral contraceptives against endometrial cancer-which persists for decades after stopping the pill-means that women who use it when they are in their 20s or even younger continue to benefit into their 50s and older, when cancer becomes more common," said Valerie Beral, M.D., the study's lead author.

Endometrial cancer forms in the inner lining of the uterus and affects about two in every 100 women, according to the American Cancer Society. It may not be the most common cancer but it's one of the most deadly, killing one in five women who get it. And while it doesn't normally appear until later in life (age 60 or older), the researchers say the cancer's foundation is laid during childbearing years when the endometrial lining is consistently being built and shed with every monthly cycle.

While they aren't sure how exactly the pills protect women, researchers think it has something to do with how many periods a woman has throughout her life.

"Oral contraceptives typically work by preventing ovulation," said Nicolas Wentzensen, M.D., of the U.S. National Cancer Institute, in an editorial accompanying the study. "We know that factors that reduce the number of ovulations during a woman's lifetime are associated with a reduced risk for both uterine and ovarian cancers."

This research makes sense, given the known risk factors for the disease, which include early onset of menstruation, never having given birth, late menopause, and taking estrogen therapy-all of which increase the number of cycles a woman has over her lifetime. Other risk factors include obesity and a history of polycystic ovarian syndrome.

But no matter how you feel about the Pill, there are some simple steps you can take to reduce your overall cancer risk. Our advice? Start with these 25 expert tips from cancer doctors that they use themselves. 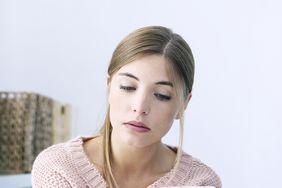