Sorry Gaga, it's not personal.

Raise your hand if you've ever shouted, shook, and shimmied along with the iconic lyrics "I'm on the right track, baby I was born this way." Odds are your hand is up. However, even if it's not, you're likely familiar with what has been a queer battle cry for nearly half a century: Born this way.

As simple as it is catchy, this slogan has been propagated by gay rights activists for social, legal, and political change through song, signage, and speech. And in many ways, effectively so — "born this way" was an especially prominent tagline of the marriage equality movement, after all.

However, the phrase is not without its flaws. "Where the narrative of 'born this way' falls short is in its lack of nuance," says Rae McDaniel, licensed clinical counselor and gender and sex therapist based in Chicago. And that lack of nuance could actually be holding the queer people further liberation.

A Brief History of 'Born This Way'

The phrase 'born this way' first entered the queer lexicon with the release of gospel singer and AIDS activist, Carl Bean's 1977 song, "I Was Born This Way." Featuring the lyrics "I'm happy, I'm carefree, and I'm gay, I was born this way," this song became the LGBTQ+ anthem of its time. Later, it also inspired Lady Gaga's 2011"Born This Way," which helped imbue the slogan with a breath of fresh air, allowing it to continue as a rallying cry of the queer community. (P.S., if you're reading this and are feeling not queer enough? Here's a reminder that you are.)

Part of the reason it caught on, according to Jesse Kahn, L.C.S.W., C.S.T., director and sex therapist at The Gender & Sexuality Therapy Center in NYC, is that it's easy for non-queer people to understand, and therefore empathize with. In other words, if you're downright genetically incapable of being attracted to people of different genders from your own, then, fine, you deserve rights.

The Argument(s) Against 'Born This Way'

While the slogan was useful historically, these days, many LGBTQ+ people believe that the catchphrase actually intercepts long-term progress.

The problem with this? "There is no difference in validity for someone who knew they were queer at age four and someone who comes out in their 60s," says McDaniels. And it erases the fact that many people don't know that they're queer not because they're not queer… but because they grew up in a conservative or anti-LGBTQ+ environment where sexual or gender exploration wouldn't have been safe, or because there was a lack of access to education or language, they say. (Need a reminder of just how many different gendered and sexuality terms there are? Check out: LGBTQ+ Glossary of Gender and Sexuality Definitions.)

The "born this way" idea also ignores the fact sexuality and gender can evolve over time. For some, this evolution happens because the language for their sexuality and gender has evolved, says Tanner. "Language around gender and sexuality evolves rapidly, overturning about every three years, so it should come as no surprise that the way we describe ourselves might rapidly change alongside that progress," she says. So, "it's not at all that uncommon for people to embrace language that feels congruent to their experience, and then later to find another, more congruent term," she says.

For others, their sexuality or gender evolves simple because their identity, expression, and attraction has changed over time. Indeed, research shows that sexual orientation is something that evolves and develops late into adulthood, according to one 2019 study of nearly 12,000 people published in the Journal of Sex Research. (Also read: What It Means to Include "X" In Words Such As Womxn, Folx, and Latinx)

Another reason some LGBTQ+ people are against the "born this way" rhetoric is because it keeps legal rights tied to someone's sexuality and gender (and marital status), rather than offering all people all rights. Basically, it's a much less emancipatory stance than saying "every human being deserves the same rights."

So… Are People Born Queer?

Ultimately, this is the wrong question. Why? Because while the question of "what makes someone queer?" is an interesting one, the problem is, this question is only asked about identities named under the LGBTQ+ acronym and never about heterosexuality. It's a question that assumes that heterosexuality is the norm, and that any other sexuality is a mistake caused either by a nature (DNA) or nurture (parenting, surrounding culture, religious upbringing, etc.) mishap. In other words, this question does the dirty work of heteronormativity, which is the idea that every single person is (and should be) heterosexual and cisgender (when your gender expression matches the gender you were assigned at birth).

To be clear: This is not to say that queerness isn't innate — for many people it very much is. Rather, the intent here is to explore why continuing to use "born this way" as a rallying cry focuses too much on why queer people deserve rights (because we're born this way!) and not enough on when all people will get those rights (ideally, yesterday).

Where Do We Go from Here?

Whether you're queer yourself, or are surrounded by people who are, it's important to remember that queerness is beautifully varied. As Tanner puts it, "there is no one way to look queer, act queer, embrace queer sexuality, come out as queer, or embody queerness." And by suggesting that all queer people experience their queerness as a birthright, the born this way narrative interferes with that very fact.

Does that mean we need to press pause on Lady Gaga's bop? No! However, it does mean that true allies need to transition away from justifying why the LGBTQ community deserve rights, and more interested in getting us those rights. (See: How to Be An Authentic and Useful Ally)

Meet FOLX, the TeleHealth Platform Made By Queer People for Queer People
Reading Queer Memoirs Helped Connect Me to the LGBTQ+ Community — Here Are 11 I Recommend 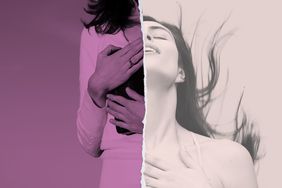 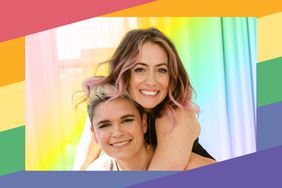