You see it all the time in romantic movies and on TV: Two people meet, and one is more interested than the other. So, what happens? The more interested person relentlessly pursues (and violates the other person's boundaries) until they fall in love, and it's chalked up to the super romantic, passionate nature of "true love."

In reality, it's not romantic or sweet: It's love bombing.

You may have heard the phrase "love bombing" before, but what does it really mean? What are the telltale signs of love bombing, and what makes it so bad for relationships? Let's dive in.

What Is Love Bombing?

Love bombing is when a person (typically a partner or parent) showers the other person with love, affection, adoration, compliments, attention, flattery, and gifts. This behavior is done to cause the other person to believe that they have met their soulmate (or, in the case of a parent, to "build trust" with the child), hence causing that person to believe that they need the love bomber. It tends to give the illusion, especially at the beginning of a relationship, that the relationship is effortless, easy, natural, and real.

But the love bombing doesn't last forever — and that's the problem. Most of the time, love bombing is a manipulation tactic to build love, trust, connection, and reliance, and once those things are built, it's easier for the love bomber to have more control over the other person.

All of the grand gestures and big affection create an illusion that they're the perfect partner (or parent), so when they do something wrong or treat the other person poorly, they are quickly forgiven and can "get away with it." Remember, this will seem very out of character for the love bomber since, up until this point, they have been the "ideal" partner (or parent), so it's easier for the other person to make excuses for their actions.

Love bombing can look like various things: extreme attention and flattery, isolating the other person from their friends and family, over-the-top gifts, and consistent availability whenever the other person needs them (for a period of time). (See: The Potential Red Flags In a Relationship You Need to Know About)

PSA: Love Bombing Is a Form of Abuse

Whoop, there it is. The person doing the love bombing may truly believe in the affection they're extending to the other person, but the intentions behind their actions are ultimately self-serving. If the love bomber is showering the other person with gifts, love, and attention just to build their trust so they can have more control over them, that's abuse — no matter how you slice it. (See: Subtle Signs a Partner Could Become Physically Abusive, and How to Get Out)

Verbal abuse can be a tough topic to navigate. Different forms of verbal abuse have been normalized over time in media or are joked about because we don't realize how serious they are. Put-downs (including sarcasm), name-calling, and any verbal interaction that causes a person emotional harm is considered emotional abuse. But just because we tend to treat verbal abuse like it's NBD doesn't mean it's not serious. Love bombing falls into an in-between category of verbal abuse and severe manipulation — which is still a form of abuse.

Any sort of abuse inflicted on a person by another usually has lasting psychological effects. There are so many reasons for this, and a huge one is because when someone feels like they're safe with someone and that safety is shaken, stabled, and shaken again (like in a love-bombing relationship), the person being love bombed begins to believe that this relationship model is love. The constant affection and sudden degradation begins to define their worth and make it difficult to trust new people. When a relationship is incredibly passionate — like a love-bombing relationship tends to be — the toxicity is typically disguised as passion. That's why it's generally difficult for both people involved to seek out a more secure relationship. (Read more here: What Is Trauma Bonding In a Relationship?)

Why Do People Love Bomb?

Here's the thing: You can recognize that someone's actions are completely inappropriate and uncalled for and also work to understand why they do them. This does not mean normalizing or enabling their actions. Rather, it helps to understand that we are all human and process our traumas and mental health differently.

There are many different reasons someone might love bomb someone, but it's often because of insecurity and wanting to convince someone else that they have worth and are ultimately needed. A neglected childhood could spark this, or possibly they witnessed love bombing between their caregivers growing up, or maybe they never saw examples of secure relationships in their upbringing.

It's possible that love bombing is a sign that you're dating someone who has narcissistic tendencies or is a perhaps even a narcissist — but it's not a direct correlation. Yes, folks who are narcissistic will often love bomb, whether it's intentional or not.

The root of the love bombing usually creates a particular self-image for the love bomber that isn't true to who they really are — most likely because they don't know who they really are. Although this may be a coping mechanism, it is still manipulation, still unhealthy, and still a form of abuse. Do you know the saying "hurt people hurt people?" That very much applies to love bombing — it doesn't mean this person doesn't deserve love and a relationship — because they do, but they most likely need therapy first and begin unpacking their own traumas.

How Can Love Bombing Affect a Relationship?

Love bombing is likely very confusing for the person being love bombed because, to them, they're in relationship with someone who is loving, attentive, available, generous, and open at the beginning. It will likely feel passionate, exciting, consuming, and real — until the person flips a switch. Because the person being love bombed believes this person to be who they were at the beginning of the relationship, they'll generally make excuses for this behavior, saying things like, "they just had a bad day!" or "well, they aren't usually like this."

This is how the relationship becomes toxic and, most likely, abusive. When the love bomber's heightened and extreme emotions control the narrative of the relationship, the other person can begin to feel lost and un-empowered. This gives the love bomber even more confidence that they have gained trust and control.

Love bombing doesn't create a space in which an honest and vulnerable relationship can form — because right off the bat, one person isn't being completely transparent. Plus, the love-bombed person often gets overshadowed, which generally means their feelings, needs, and desires do, too. (

The Love Languages Will Help You Better Connect with Your Partner

If you just read this article and it hit a little too close to home, here are some next steps to take.

First, name it. Either admit to yourself you are love bombing or being love bombed. It might sound simple, but it's the first step in seeking help.

If you aren't in therapy, start.This goes for the person doing the love bombing or the person being love bombed. And be honest: The only way to navigate this situation is to be transparent with your therapist.

If you think you're a love bomber, remember: You're not a bad person for having unresolved trauma that manifests itself in ways that hurt people, but it is your job to work on healing those traumas and toxic patterns.

If you are being love bombed, talk with your therapist about healthy and safe ways to get out of the relationship. (More here: Why You Might Feel 'Stuck' In a Relationship — and How to Know When to End It) 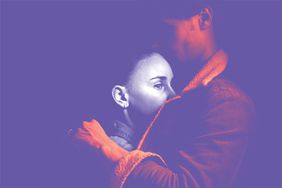 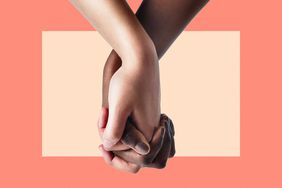 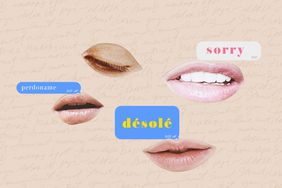 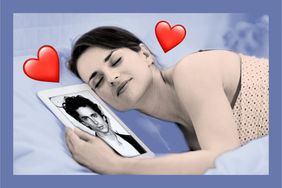 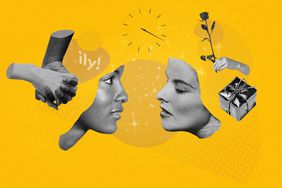