For some people, sexuality labels are grounding and empowering. For others (ahem, me), choosing one feels downright impossible.

Amanda Chatel
Amanda Chatel is a sexual health, mental health, and wellness writer with more than a decade of experience. Her work has been featured in Shape, Glamour, Harper's Bazaar, The Atlantic, Forbes, Elle, Mic, Men's Health, BlackBook, and Bustle, where she was a lifestyle writer for seven years. When Amanda isn't writing, she can be found bouncing around the globe in search of pizza that's at least comparable to Lil' Frankie's in NYC. So far, she's come up empty-handed. Amanda divides her time between NYC, Paris, and Barcelona.
Shape's editorial guidelines

I love labels. One look at my closet, especially my ever-growing designer shoe collection, is proof that labels are something I'm very much into — as superficial as that may sound. Maybe there's a shoe out there for a quarter of the price of a Christian Louboutin flat, but at the end of the day, it's not the same. So, I'm going for the Louboutin. What can I say? I love those red bottoms and people knowing that I'm rocking the brand. Again, I know this is superficial and shallow. We can blame the Libra in me.

But while I love the labels on my clothes and on my shoes, I don't them on me. I know that as a cisgender, white woman (and Libra!), these are labels I can't escape; they're facts about me that, upon meeting me for the first time, are pretty evident. What's not so clear, however, is my sexuality.

I have often asked myself, "Where am I on the spectrum?" I don't feel comfortable calling myself "gay," because that's not completely accurate. I'm realizing, as I get older, that the straight label I hid behind for the first half of my life doesn't really fit anymore, either. As for being bi, I'm overcome with imposter syndrome, wondering if I'm "bi enough" to declare myself as such, especially as I see bisexuals being questioned for their sexuality, both in the straight and queer communities. I find this mostly is the case for my bisexual male friends who, far too often, are the subject to the archaic adage that being bisexual is just a layover on the way to being gay.

Although the Kinsey Scale (published in 1948 by sexologist Alfred Kinsey, M.D.) is often cited as being outdated, it was on the right track. The scale is presented as a sort of graph, in which a zero (on the far left side) represents experiencing purely heterosexual attraction and a six (on the far right side) represents experiencing entirely homosexual attraction. It was created to account for research findings that showed people did not fit into exclusive heterosexual or homosexual categories.This scale acknowledged that bisexuality exists, and defined it as being "equally heterosexual and homosexual" at number three on the scale, with both numbers two and four making room for people's ability to not be strictly 50/50 in their sexuality. In the study published with the scale, the researchers also wrote, "The living world is a continuum in each and every one of its aspects." This may have been Dr. Kinsey's way of alluding to the fact that, yes, sexual fluidity is real.

Since high school, I've found myself attracted to both men and women. It was one woman in particular who, for the first time ever, made me question my sexuality. I was 16, she was 17, and the few times we interacted, I could feel every ounce of blood in my body rush to my face as I stumbled over my words to talk to her. She had the same effect on me as the boys I had crushes on back then. I wasn't sure if I wanted to kiss her, sit next to her and watch movies for hours, or be the little spoon to her big spoon. I just knew I wanted to be near her.

I've only had "serious" relationships with men, and only a few (like, four) at that. As for dates, flings, and one-night stands, they've included both men and women. While I sometimes find myself leaning toward men, sexually, I also find myself leaning toward women when it comes to seeking companionship and a loving, committed relationship. When I try to envision whom I'd ideally like to grow old with, I don't picture a man or a woman. I picture a person. Someone who makes me laugh, someone who calls me out on my B.S. when necessary, and someone who's willing to put up with my idiosyncrasies for the long haul. And, because I see a person, it makes me double down on wanting an unlabeled sexuality. Frankly, I just don't see the point in picking something.

"Finding a label for yourself is an incredibly personal process, and honestly, some people are overwhelmed by it," says sex educator Cassandra Corrado. "If you find a label that fits you perfectly now, that's great! And if you prefer to stick with an unlabeled sexuality, that's perfect, too. Labels can help us situate ourselves in the world and better understand ourselves. They're the lens through which we understand ourselves, our relationships, and how we might engage with things like sexual expression and gender presentation. Some people are empowered by them, but others are overwhelmed."

I feel like slapping a label on myself not only puts me in a box, narrowing things too much for who and what I am and what I desire.

I do find the idea of labeling my sexuality to be overwhelming. I'm fortunate enough to live in a time where there are so many labels to choose from, and I applaud anyone who has found a label that fits them and is happy with it. I also applaud anyone who has changed their label over time, because sexuality is so fluid, and sometimes what fits for one stage in life no longer fits for another stage. I believe that sexuality and who you're attracted to evolve over time and slide up and down the continuum Dr. Kinsey mentioned in his work. I feel like slapping a label on myself not only puts me in a box, narrowing things too much for who and what I am and what I desire, but it also leads to stereotypes — especially when it comes to how straight men perceive bisexual women. (Far too many times straight men have asked me if I'm bi and when I say no, nine times out of 10 they've expressed disappointment that their fantasy of having a threesome has suddenly been taken from them. Honestly, I wonder how these types of straight guys would actually fare if they had the opportunity to be with two women, but that's a whole other story.)

"People might opt to stay unlabeled for many reasons; they may not see themselves in the labels they know, they might feel like their desires and understanding of their identities are still in flux, or because stigma has pushed them away from the label that feels like the best fit," says Corrado. "Others may find labels restrictive. Ultimately, the important thing is to let people define who they are for themselves — whether or not that involves a specific label."

Maybe someday I'll find a label that works for me, that encompasses everything I am into one word, but I doubt it. One word just doesn't seem to cut it when it comes to my sexuality. To quote from Walt Whitman's "Song of Myself," whose own sexuality has been debated by historians:

"Song of Myself" by Walt Whitman

Do I contradict myself?

Very well then I contradict myself;

(I am large, I contain multitides.)

—"Song of Myself" by Walt Whitman

I contain multitudes. Whether it's my sexuality, my political affiliations, my atheism, or even my disdain for pineapple on pizza. I'm not one thing; I am many things. And, honestly, my (unlabeled) sexuality is far from the most intriguing thing about me, so why do I have to try and search for an apt label to define it? I don't, so I won't. I just know that when I fall in love again, it will be with the person, who they are, their passions, their ability to empathize, their sense of humor, how we make each other feel, and all that good stuff. It certainly won't have anything to do with what they happen to have between their legs. 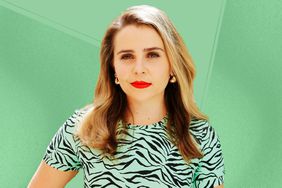 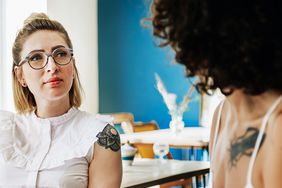 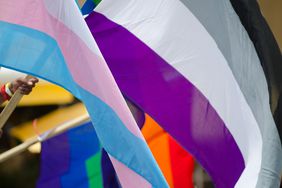