Why You Should Never Try the Dangerous hCG Diet Plan

It's been called "dangerous, illegal, and fraudulent" by the FDA.

True story: A few years ago, a fabulously fit friend of mine was paid a substantial amount of money by a popular diet pill company to use his image in their advertising. The catch? His current competition-ready state was the "after" picture—and then he had to quickly gain some weight, lose his tan, and pose pouty for the "before" shot.

This kind of duplicity, along with photo retouching, misleading labeling, and other trickery is rampant in the diet supplement industry and has been for a long time. That's why it was so surprising when the FDA came down hard on the hCG diet plan, declaring it "fraudulent," "dangerous," and "illegal." What's so bad about this particular dietary supplement that makes it so much worse than all the other fakes on the market?

What Is the hCG Diet Plan?

Human chorionic gonadotropin, or hCG, is a hormone produced during pregnancy to help the baby grow. While it has been used for different purposes in the medical community for decades, it has recently become the centerpiece of the hCG fad diet that uses hCG drops, injections, or pills to cause weight loss.

The hormone gained its reputation in 1954 when physician A. T. W. Simeons published findings in The Lancet suggesting injections of hCG as a link to initial and continued weight loss. His theory stemmed from other doctors using hCG to treat children suffering from Fröhlich's syndrome (a condition with symptoms that include obesity and slow development of reproductive organs). Since HCG was "advocated for the treatment of Fröhlich's syndrome," Simeons reported, why not inject obese individuals who did not have Fröhlich's with the hormone as means to lose weight? He did just that and found that while hCG alone "does not reduce weight, it does make a very drastic caloric curtailment [about 500 calories a day for a few weeks] possible." He was claiming that hCG was a powerful appetite suppressant, but what researchers found decades later should have been enough to squash these claims for good.

In 1977, a study in the Western Journal of Medicine found that people who were taking injections of hCG didn't lose any more weight than those taking a placebo, and that any weight loss was due to the super-restrictive 500-calorie-a-day diet. In fact, researchers went so far as to say that with all the evidence against the hCG diet plan, people who advocated for Simeons' therapy "could only be financially motivated." A meta-review in a 1995 British Journal of Clinical Pharmacology backed up those findings, concluding that there was "no scientific evidence that hCG causes weight loss, a redistribution of fat, staves off hunger or induces a feeling of well-being."

"There are really no pros to taking HCG," says Carol Wolin-Riklin, R.D., from the University of Texas Health Science Center at Houston. "The more extreme the treatment, the more wary you should be." The only explanation for weight loss on the hCG diet plan is from people restricting themselves to 500 calories a day, and much of that weight will come from water and lean muscle mass, she says. Sure, that'll trigger weight loss in the short term, but it could also set you up for nutrient deficiencies, electrolyte imbalances, and heart arrhythmias.

1. The hCG diet plan will probably help you lose weight, but there's a catch.

What can you eat while following the hCG diet plan? Turns out, not much. Nicknamed the hCG 500-calorie diet for a reason, following the rules set forth in Pounds and Inches: A New Approach to Obesity, the recognized protocol for the diet, means you only consume 500 calories a day. (To put that in context, the average active adult woman requires 2,200 to 2,400 calories a day, according to the National Institutes of Health.) And those 500 calories are limited to specific kinds of animal protein (chicken breast, beef, veal, fresh white fish, crab, lobster, or shrimp), and certain vegetables, fruits, and grains. One noticeable thing that you can't eat on the hCG diet plan: oils-even if they are healthy cooking oils such as avocado and EVOO. With all that restrictive dieting and energy intake, it's easy to see how hCG diet results include weight loss. But, FYI, cutting calories to lose weight will almost certainly backfire.

2. Almost none of the hCG supplements actually contain the hCG hormone.

Even if the hCG hormone or the hCG diet plan did work to suppress appetite, true hCG requires a doctor and a prescription to dispense. In fact, the FDA clearly states that "hCG is not approved for OTC sale for any purpose" and hCG products are illegal. Confused? Most of the supplements sold over the counter to the public are labeled and sold as "homeopathic," which means they have leniency regarding what's actually in these products, because supplements are not regulated and controlled by the FDA. (

To be considered a homeopathic treatment by the FDA, it needs to appear in the Homeopathic Pharmacopoeia of the United States (HPUS), which is essentially the official list of active ingredients that can be used in homeopathic drugs. To be included, a product has to meet very specific and thorough criteria, which these hCG supplements do not. "HCG is not on this list and cannot be sold as a homeopathic medication for any purpose," says Elisabeth Walther, a pharmacist at the FDA.

4. The hCG diet side effects are dangerous.

Besides being cranky and hangry, taking illegal hCG shots and pills (yikes) could lead to headaches, fatigue, and more irritability. The severe calorie restriction could set you up for gallstones, an irregular heartbeat, or even an imbalance of the electrolytes that keep the body's muscles and nerves functioning properly.

5. There are no clinical trials or rigorous studies that support the hCG diet plan.

There just isn't any science-backed evidence that says the hCG diet plan works, nor that hCG should be used as a weight-loss tool. In fact, the hCG hormone is more often safely used to treat fertility issues, as the hormone is produced by the placenta during pregnancy. "In the case of the homeopathic hCG remedies, people think that if they're losing weight, hCG must be working," says Elizabeth Miller, acting director of the FDA's division of non-prescription drugs and health fraud, in a statement. "But the data simply does not support this-any weight loss is from severe calorie restriction. Not from the hCG."

Bottom line: The hCG diet plan only adds to the weight-loss confusion out there. Quick fixes can be tempting for anyone trying to lose weight, but you should definitely skip this extreme diet and opt for good nutrition and regular exercise instead. BTW, that's called the anti-diet, and it's the healthiest diet you could ever be on. It's not as exciting, but your body will thank you-and if you do lose weight the traditional way, you're much more likely to keep the weight off for good.

These Dietary and Exercise Tweaks May Help You Lose Belly Fat — and Improve Your Overall Health
What Is a Calorie Deficit, and Is It Safe? 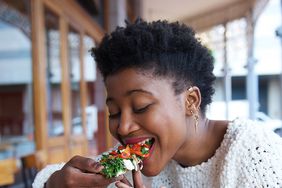 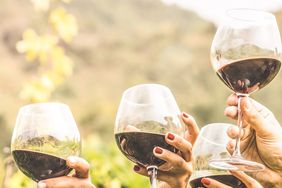 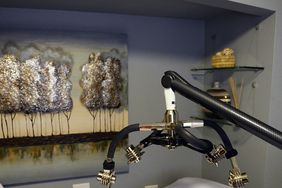 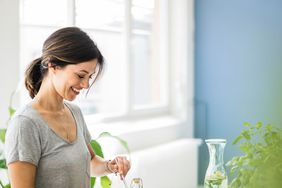 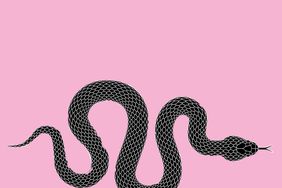 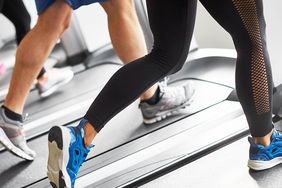 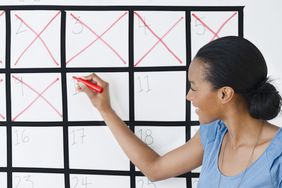 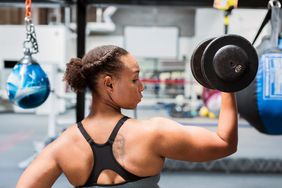 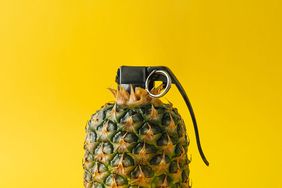